Project partners assembled in early October at the project site on BMSC land for a ceremonial ground-breaking while maintaining safe distance in keeping with pandemic protocols.

A moving bed biofilm reactor (MBBR) — biological wastewater treatment technology developed in Norway in the 1980s — will replace aging septic tanks and discharge fields used by residents and HFN operations. At the same time, the system supports development of serviced subdivision lots in Upper Anacla, a focal point for current and future growth above the tsunami inundation zone.

“It is a big project,” said Huu-ay-aht Chief Counsellor Robert Dennis. “It’s certainly going to do a lot to support economic development here.”

While the treatment plant could have been located in Upper Anacla, HFN opted instead for the sciences centre site, which will also serve Bamfield Community School.

At BMSC, the new system replaces an aging aeration-type sewage plant brought from a Franklin River logging camp almost 50 years ago when the research station was built. A 350-metre extension of the sewage outfall is designed to ensure treated effluent is carried beyond Bamfield Inlet to Trevor Channel.

Earlier on, Alberni-Clayoquot Regional District Area A (Bamfield) ratepayers decided against joining the project, though Dennis holds out hope that the neighbouring community of residences and businesses that rings Bamfield Inlet eventually buys into the system. At Huu-ay-aht community engagement sessions, he found some Bamfield residents and businesses are now interested in getting involved.

“One of the things we need to look at is how Huu-ay-aht First Nations and the regional district work together,” Dennis said. “Certainly our door is open.”

While residences and businesses in Bamfield also rely on septic systems, some still deposit raw sewage directly into the inlet. A B.C. Ministry of Environment study in the summers of 2001/2002 found elevated fecal coliform counts in Bamfield Inlet and adjoining Grappler Inlet at levels exceeding shellfish consumption and recreational use guidelines. That finding and subsequent sampling led Vancouver Island Health Authority to issue a public health advisory while some shellfish beds had to be closed.

HFN first approached the federal government for funding 15 years ago in hope of developing a waste treatment facility for Anacla Village and Pachena Bay. Indian and Northern Affairs Canada, as it was then known, wanted HFN to partner with the ACRD. Once Bamfield opted out, HFN decided to undertake the project on its own, Dennis said.

BMSC was also looking at options for replacing its wastewater system, so the two agreed to partner. That required participation by the science centre’s funders, five academic institutions in all, a process that took additional time.

At that stage, still short of funds from other levels of government, HFN decided to invest the final $4.4 million needed to complete the project. A memorandum of understanding, allowing HFN to construct and operate the facility on science centre land, was signed in 2018.

BMSC Director Sean Rogers described the partnership as a natural fit for the research institution.

“The universities recognized the importance of the project,” Rogers said. “I’ve been told by various organizations that we liaise with that the partnership (with HFN) really is unique.”

BMSC is pleased to be part of an initiative to clean local waters as well as broader efforts to improve wastewater management on Vancouver Island, Rogers said. Extending the outfall pipe into the channel is both and ethical and scientific consideration for the research facility. Redirecting the centre’s wastewater uphill to the new treatment facility “was a bit of an engineering feat,” he added.

“We’re really proud that when this is done it will not only provide tremendous opportunities for Huu-ay-aht First Nations to build the local economy but also goes a long way to improve the health of the community,” Rogers said.

A key advantage of the moving bed treatment system is that initial capacity of 400 to 1,100 residents can be expanded should other residents and businesses choose to tie in.

MMBR is described as a newer, secondary form of treatment that employs separation of waste solids, UV disinfection as well as a screen plant and floating media to maximize aerobic activity in reactor tanks. Treated effluent from such systems is considered relatively clean. The facility will include an odour abatement system as well. Accumulated solids must be periodically trucked to Port Alberni. Once operational, follow-up testing and monitoring will be done to ensure the system meets design standards.

Dennis said HFN was impressed by a system operated by Nanoose First Nation, one designed to accommodate future growth while protecting the waters of Nanoose Bay. He credits the BMSC partnership for paving the way to joint development and a healthier community.

“This will be a huge first for Anacla people,” he said.

Victoria is completing a $773-million system while a Comox Valley system will go into operation next year. Tofino’s wastewater treatment project was green lighted last summer by an additional $40 million in federal and provincial funding. Tofino’s largest infrastructure investment since incorporation, the facility will serve the district plus Tla-o-qui-aht First Nation and Pacific Rim National Park Reserve.

Construction of the Anacla system should take 15 months with completion expected by the end of 2021. 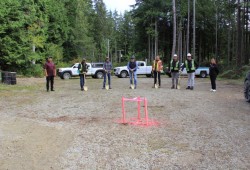 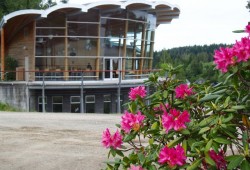 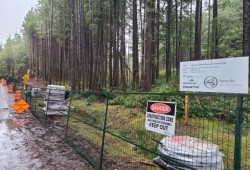 Have you seen Ivan?