The growing push for a new hospital in Tofino

The Tofino General Hospital (TGH) was built in 1954 to service a regional population of 400 people, according to the Tofino-Long Beach Chamber of Commerce.

Since then, the region’s population has grown to around 10,000, with visitation levels reaching an estimated 600,000 people per year in 2018, the chamber added.

In a letter addressed to Health Minister Adrian Dix on March 28, the chamber urgently stressed the need to replace the hospital to accommodate this growth.

While Island Health said “renewal” of TGH has been noted among their priority projects, the chamber is concerned that it could take another 10 years at the provincial level before a new facility is built.

“A decade is too long a time frame to rely on the current facility,” said Tofino-Long Beach Chamber of Commerce President Laura McDonald. “As visitation and regional population numbers increase each year, the pressure put on the current hospital … is too great.”

When six people tragically died after a whale watching boat capsized off Tofino’s coast in 2015, the chamber said TGH was “woefully inadequate” to handle the emergency.

“It was chaos,” said Tofino General Hospital Foundation Director Camilla Thorogood. “The waiting room seats four or five people, and there were dozens of people there trying to help.”

According to PreparedBC, the “odds of a damaging earthquake” hitting British Columbia’s coast in the next 50 years are one in three.

“Evaluations of the hospital indicate that the building could face potential disaster during an earthquake – just when the people of the west coast need it most,” read a 2019 Vital report by the Tofino General Hospital Foundation.

A 2015 Asset Detail Report for the hospital further emphasized that it "will likely suffer serious damage or collapse during a severe earthquake".

“Not only does this present an unacceptable threat to the local population, it is even more difficult to invite visitors in such numbers to a region that does not have adequate emergency health facilities,” the chamber wrote in their letter.

Island Health said it “recognizes the need to address the aging infrastructure at Tofino General Hospital.”

Over the past 10 years, Island Health said it has invested more than $3.8 million in projects and equipment for the facility.

Island health added that it works closely with the Ministry of Health and has received approval to begin preparing a concept plan for a “proposed TGH project.”

That work is expected to begin in the “near future,” they added.

“While this is an important first step in the process, it should be noted that there are many steps between conceptual planning and final approval for a project of this type,” Island Health said. “These steps can take several years to complete.”

In the meantime, Island Health said it will continue to “ensure the hospital is maintained to a standard that enables us to deliver the best care possible.”

The Tofino hospital serves around 1,800 First Nations residents from the surrounding communities, including Tla-o-qui-aht, Toquaht, Yuułuʔiłʔatḥ Hesquiaht and Ahousaht First Nation, according to the vital report.

Ahousaht First Nation Elected Chief Greg Louie said he’s advocating for a new hospital on behalf of his nation, and the region at large.

“The hospital is small, it's antiquated, it's outdated, and there are some services that the hospital needs improvement on,” he said. “First Nations are the fastest growing population within the region, and with Tofino being a very attractive tourist centre, the hospital is just far too small.”

In its current state, the hospital doesn’t have a maternity ward. That means that women and families need to travel to Port Alberni, Nanaimo or Victoria to receive care. It’s not only financially burdensome, but time consuming, said Louie.

The Ahousaht chief councillor said the hospital also doesn’t have psychiatric designation, which was especially challenging during the height of COVID-19.

Mental wellness is not addressed adequately, Louie said. Without a psychiatric designation, he said that patients are released without receiving comprehensive care.

It “creates a revolving door” of patients circling in-and-out of the hospital, he said.

Thorogood said the current infrastructure lacks a cultural area or large space for people to gather when someone is passing.

“It’s quite important,” she said. “We need some sort of space for that.”

Louie echoed the sentiment by saying that when Ahousaht members are in the hospital at the end of their life, family members need somewhere to go.

“Their room fills up, the hallways fill up, the small waiting area fills up, there's people in the front entrance [and] there’s people outside,” he said. “A lot of family members come to the hospital, so having that space is very important – culturally and spirituality [it’s] very important to our people.”

During a meeting on Jan. 17, Louie said the health minister assured him that “the Tofino hospital is next.”

Decisions will need to be made collaboratively between local, provincial and First Nation governing bodies, said Louie.

“We really should have input on this together,” he said.

A site for the new hospital has not been solidified, but Tofino General Hospital Foundation Chair Arlene McGinnis said, “We feel a good site for the hospital is on the land where it sits now.”

McGinnis said the foundation land across from Tonquin Medical Clinic is designated for medical use only.

“We can't use it for anything else,” she said. “We'd like to see it used as a part of the hospital project.”

Thorogood said the foundation is “strongly” opposed to the hospital being moved to a new location because it would make it more difficult for off-shore residents to access care and provide support to loved ones.

“Talking to your loved ones makes you feel a little more connected and not so isolated,” she said.

While Thorogood said the province has been “very supportive” of the foundation, they haven’t seen any tangible moves forward.

“I think they’re listening,” she said. “They’re well aware of us. We’ve been a loud voice.” 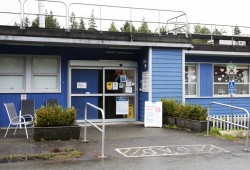 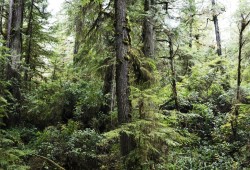