People gather on Pandora Street in Victoria, where illicit drug use is frequently evident. The presence of benzodiazepine in street drugs is adding another challenge for those fighting to stop the succession of overdose fatalities. (Denise Titian photo)

“It seems like there’s a funeral every week – having to do with overdoses,” says Indigenous Outreach Worker Herb Dick.

Herb, a member of Ahousaht First Nation, has been providing support to Victoria’s marginalized community for many years.

By nature, street drugs are unregulated concoctions that can contain unexpected, unwanted, even deadly substances. Without quality control in the manufacturing process, street drugs can have unknown potency and toxicity, increasing the risk of accidental poisoning, according to the Canadian Centre on Substance Use and Addiction.

“They just get tired, fall asleep, then stop breathing,” said Dick of people that overdose on street drugs.

When the BC Coroner’s Service counts fatalities due to the toxic illicit drug supply, they include deaths by:

• Medications not prescribed to the decedent but obtained on the street, from
unknown means or where origin of drug not known.

According to Indigenous Outreach Worker Lacey Jones, there has been a recent spike in overdose deaths due to tainted drugs.

“There used to be one or two (deceased persons) found in tents per year but now it’s worse,” she noted.

Earlier this fall in Victoria two 14-year-old Indigenous youths died in separate overdose incidents within five days of each other.

Street users are buying meth, crack and other unregulated drugs that are often laced with fentanyl or carfentanyl. But now there’s a new twist: benzodiazepine, which doesn’t respond to Narcan, is proving deadly.

Both fentanyl and benzo, as it’s called in the streets, are showing up in party drugs too.

Dick spoke of how deadly fentanyl is.

Narcan is used to reverse the effects of opioids and can save people from overdose. But when drugs are tainted with benzodiazepine, Narcan is ineffective.

“The drugs are always changing, always morphing, and now we need an answer for benzos and if we get that, we’ll probably have to find something new for the next additive,” said Dick.

Still, he and the 14 or more Indigenous outreach workers in Victoria continue to help where they can.

“It seems like there’s a funeral every week having to do with overdoses,” said Dick. And with the weather now into freezing temperatures, people looking for warm, dry places to tuck themselves away are more often using alone, increasing the risk of death by overdose.

The BC Coroner’s Service reported there were no deaths reported at supervised consumption or drug overdose prevention sites in September 2022. In addition, there is no indication that prescribed safe supply is contributing to illicit drug death

“But there’s a sense of community in the streets,” said Dick. “We work to support family and loved ones of those lost.” 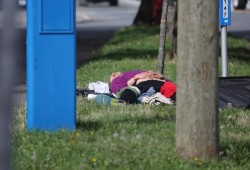 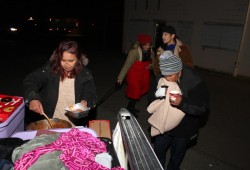