On a rainy morning Darrell Williams looks over a fish trap in Valdez Bay, which has stone walls that arc out of the tidal area. Eighteen rock-walled fish traps have been documented in Nootka Sound, but the wear of the ages is raising the urgency to share their secrets. (Eric Plummer photos)

A heavy mist chills Nootka Sound one morning in mid May, as Ray Williams scans the rugged shores he has known for his whole life. With the motorboat resting in shallow water, Ray’s son Darrell has jumped from the vessel’s driver seat to search for a painting on a rocky cliff that Ray encountered over 30 years ago while helping with an archaeological survey in the area.

“I’d know exactly where it was if I had my eyesight,” admits the 80-year-old as Darrell scales a cliff in Hisnet Inlet.

Despite his compromised vision, Ray is able to lead his son to multiple sites that would otherwise be easily missed by other travellers, uncovering hints of the complicated occupations of his Mowachaht ancestors. With Ha-Shilth-Sa accompanying for documentation, their focus today is the stone-walled fish trap, a remnant of the harvesting practices of generations past.

Amid the continued battering of the West Coast weather, a handful of these traps can still be found in Nootka Sound’s tidal flats. The rock pilings are still evident, showing “a specialized fishing technology” that could have been designed to collect schools of small fish by using the changing of the tide, wrote archaeologist Yvonne Marshall in 1993.

“We know only that fish were captured by driving them into the enclosed pond at high tide, and trapping them behind the walls as the tide fell by closing off openings in the walls with branches or basketry nets,” wrote Marshall, part of her extensive project on the traditional practices of the Mowachaht/Muchalaht First Nation.

“They would open the trap at high tide,” explains Ray. “The little perch that carry little babies inside, they would probably look for a place to be safe to let out the little ones.”

Similar fish traps have been documented elsewhere in Nuu-chah-nulth territory. Surveys have identified 20 on the Toquaht First Nation’s shores, and at least 80 have been surveyed within the Pacific Rim National Park Reserve. Another has been identified right across the water from Port Alberni in Shoemaker Bay, and down the inlet stone walled fish traps have been recorded in the Broken Group Islands.

“These are loosely piled rock walls, occasionally occurring in groups, usually across the mouth of a small bay or cove,” wrote Alan McMillan, from surveys he did in Barkley Sound and the Alberni Inlet with Dennis St. Claire from 1973-75. “Such structures are likely to have a long-time depth in this area.”

As a child Ray heard about the stone fish traps from his father and father-in-law, and first encountered them as young man during a hunting trip. Now he reflects on the need to share these little-known traditions of his people while the remains of the traps are still in place.

While rain begins to fall, Darrell Williams looks over the rocks of a fish trap in Valdez Bay, the walls arcing out of the tidal area with an opening at the end.

“I didn’t even know about these until my dad started showing me,” says Darrell, who grew up in the nearby village of Yuquot.

Ray admits some concern as he looks at floating sports fishing cabins in the bay, less than 50 feet from the rock walls that his ancestors carefully placed generations ago.

“It’s important to keep all these fish traps intact,” he says.

Across Valdez Bay on the north side, Marshall documented the disappearing traces of another fish trap that enclosed two ponds.

“The walls are so fragmentary the site will probably not survive as a recognizable fish trap for much longer,” she wrote.

“The forest, the rivers, the traps, how they fished - it’s been a secret for far too long,” adds Ray. “It would also help our claim about our fishing rights. Claim of the ocean, claim of the land, claim of the forest - what we have out there that still exists.”

The intricacies of Nuu-chah-nulth fishing practices have been documented since Europeans first landed in Nootka Sound in 1778. A more widely understood method entailed setting traps for salmon as they travelled along rivers, something that was observed by John Jewitt in his memoir detailing two years of slavery under the Mowachaht Chief Maquinna. As the culmination of an earlier conflict between European traders and the local First Nation, Maquinna’s tribe massacred the crew of the Boston while it was anchored at Yuquot, leaving only Jewitt and another to survive.

While he was captive Jewitt documented a trap set in a river at Tahsis during the tribe’s seasonal migration to their winter home.

“A pot of twenty feet in length, and from four or five feet in diameter at the mouth, is formed of a great number of pine splinters, which are strongly secured an inch and a half from each other, by means of hoops made of flexible twigs, and placed about eight inches apart,” described the Englishman. “At the end of it tapers almost to a point, near which is a small wicker door for the purpose of taking out the fish.”

The practice yielded a considerable harvest, indicating why salmon-bearing rivers were often the territory of certain families and chiefs who oversaw the resources.

Jewitt observed another method used by the Mowachaht for catching salmon.

“This pot or weir is placed at the foot of a fall or rapid where the water is not very deep, and the fish, driven from above with long poles, are intercepted and caught in the weir, from whence they are taken in the canoes,” he wrote. “In this manner I have seen more than 700 salmon caught in the space of fifteen minutes.”

Over a century later Phillip Drucker studied the traditional practices of northern Nuu-chah-nulth tribes in 1935 and 1936, publishing a study in 1951 that has since been frequently referenced. He wrote little of tidewater stone traps, but observed a lattice composed of fir poles and boughs which was placed in tidal flats by the mouth of a river. The weir was designed to be submerged as the water level rose, and was used in combination with a cone-shaped trap made of branches, held in the river by fir poles.

“Such a trap was set with the mouth upstream and well submerged, the closed end downstream and raised by shears just out of the water,” wrote Drucker. “A weir was built to turn the fish into the trap. The force of the water carried them high and dry into the raised end. As the salmon could neither go back down or turn around, they stayed in the end till they died. Now and then a fish might wriggle or flop around and escape, but this did not happen often.”

While growing up in Yuquot, Ray Williams heard about these traps from elders, and even remembers seeing the remains of the wooden weirs in some rivers. But even his intimate knowledge of the area was enriched when Yvonne Marshall began her archaeological studies of Nootka Sound in 1989, in partnership with the Mowachaht/Muchalaht First Nation. The project was initiated to gain a better understanding of why a confederacy of local tribes was formed in Nootka Sound at the time of first contact with Europeans in the late 18th century, and how this political structure was maintained.

Much of Nootka Sound is a rugged collection of islands and remote coastal areas, but the project’s three years of surveys revealed that the region was extensively occupied by previous generations of Indigenous people. Marshall documented 25 burial sites, eight pictograph paintings on rock faces and 92 sites related to First Nations habitation.

“Virtually any reasonably flat, inhabitable location, and others of less inviting aspect, have evidence of occupation,” wrote Marshall in 1992.

The project identified 18 stone-walled fish traps, a relatively mysterious method of harvesting that Marshall speculated could have been used to collect bait fish.

“The function of the stone walled fish traps is poorly understood,” she admitted. “There is little ethnographic information to assist interpretation and Nuu-chah-nulth people today know little of their use.”

But the location of the stone traps indicate a similar approach to the well-documented river methods, as the sites were used to conveniently catch a volume of fish where they naturally congregate.

“Many of the traps are built in protected, nested bays so that the trap itself forms an enclosure within one or more larger enclosures,” wrote Marshall. “This placement is suggestive of an extended drive-lane system, which culminates in the trap itself. Small schooling fish such as herring, pilchards or anchovy could possibly have been captured this way.”

It's also possible that the bays where these stone traps were placed were used to harvest another species.

“Ray Williams informed us that these locations are popular with seals in winter,” explained Marshall, “the seals like to follow and possibly chase schooling herring and other small fish into the naturally enclosed areas within which many of the fish traps are built.”

On the outer coast of Nootka Island near Beano Creek, Ray’s father once used a cave to hunt the pinnipeds.

“The stories that my father told me too was that they used to enter a cave back here,” explains Ray. “They would sit on a shelf of rock waiting for the tide to go down so the seals could appear where they were laying…He said they left their harpoons in there for harpooning seal.”

Within Nootka Sound Ray recalls a cave in Hannah Channel, near a spot where a pictograph of a bird is still visible high on the side of a rock cliff. Many years ago he found a harpoon attached to cedar rope in the cave, but this tool is now missing, he said.

The Williams family still eats seal, but this practice has become a rare exception among their fellow Mowachaht/Muchalaht members.

“The meat gets really soft and black when they smoke it,” describes Ray. “The fat is really oily.”

His family is the only household to remain in Yuquot since the First Nation began relocating its members to Gold River in the late 1960s. Ray remained over the years, despite repeated offers to move to the less-remote reserve, where a house could be built for his family.

When asked what life would have been like if he left Yuquot, he immediately thinks of the place before himself.

“It would have been walked over by tourists, campers, fishermen,” says Ray. “That thought never came to my mind. I always thought that my family would continue living here after I’m gone. I already told them so.”

He recalls the words of Terri Williams from years ago, his late wife of almost 60 years who passed in 2020.

“She told me one day that I belong here. And then I spoke up and I said, ‘I agree with you, dear.’ She felt comfort when I said that, she smiled at me.” 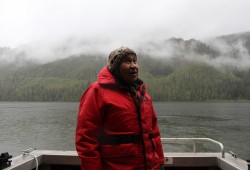 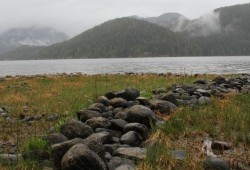 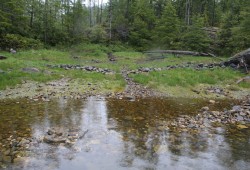 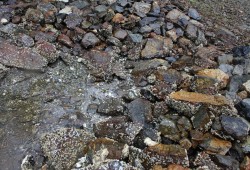 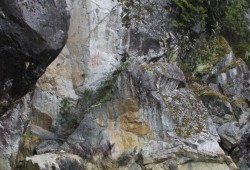