Indian Day Schools, funded by the Government of Canada, operated mostly on Indian reserves from the late 1800s to, in some cases, as late as 1985 in Ahousaht. Pictured are students and staff at the Ahousaht day school in 1910. (Indian Residential School History and Dialogue Centre photo)

Nuu-chah-nulth survivors of residential and day schools who have gone through the class action lawsuit process are raising concerns about the difficulty of submitting claims.

A small group of residential and day school survivors met with Nuu-chah-nulth Tribal Council Vice-President Mariah Charleson in early August to talk about their concerns.

In August 2019 the Federal Court approved the settlement of the McLean case, a nation-wide class action lawsuit against Canada brought to compensate former students for harms they suffered while attending federally operated Indian day schools.

The Indian day school settlement was designed to avoid the re-traumatization of class members that was often seen in the Indian Residential Schools Settlement Agreement.

But it is emotionally difficult for many people to fill out the application forms.

She believes there hasn’t been enough information given to survivors, many of whom don’t understand the process.

“It is a paper-based process that avoids the adjudicative IRS Independent Assessment Process,” Cameron told Ha-Shilth-Sa in an email. “Rather, the process assumes that the claimant is telling the truth regarding harms/abuses suffered as submitted on the claim form. Indeed, no evidence is even required to support their statements.”

But survivors say that even sitting down to fill out the claims is difficult for them, as horrible memories are relived.

“People have a hard time with the forms, they’re so daunting,” said Nora Martin, a residential school survivor from Tla-o-qui-aht.

She explained that everyone who attended these institutions suffered some form of trauma, whether it be direct physical or sexual abuse, or bearing witness to violence inflicted on others. Sometimes they forget that the starvation experiments and dental malpractice they endured are worth noting in their claims.

“Some kids had dental work with no anesthesia or too much anesthesia….and some witnessed physical or sexual abuse on others,” said Martin.

She recalled her late younger brother who was haunted until the day he died by seeing the body of a young boy hanging in the restroom.

“We should all get the same amount regardless…we all suffered the same abuse,” said Martin.

Cameron argued that children who were struck with belts or rulers did not suffer the equivalent trauma as a child who was repeatedly sexually abused.

“The harm/abuse suffered is not equivalent on any level,” he added. “The experiences are not common and are recognized as such in the Settlement Agreement. Compensation is harms-based.”

“I spoke to survivors all over the island and heard their concerns about the process,” said Martin.

Some survivors, in hindsight, recalled abuses that were not included in their application. Abuses that could have raised the level of compensation.

“People felt rushed to get through the process,” said Charleson, adding they may not have had adequate support as they filled out documents.

Both Gowling WLG and the Nuu-chah-nulth Tribal Council offered support and assistance to those filling out the application forms.

The amount of compensation a survivor receives is based on a five-level system with $10,000 at level one up to $200,000 at level five paid to those who suffered overt violence resulting in long-term harm.

But some claimants were leveled down, prompting them to ask who makes these decisions and what criteria do they base these conclusions on.

“If a claimant is leveled down…they have the right to seek a reconsideration and, in so doing, submit additional information to support the level sought,” Cameron wrote.

In fact, this appeal appears to be the only opportunity a survivor may have to level up, should they recall other abuses after the claim has been submitted.

Survivors who hoped to amend their claims after remembering other harms inflicted upon them in day school learned that, once submitted, the claim was ‘locked in’. Cameron says a survivor can only apply for compensation one time and the agreement does not enable ongoing disclosure or amendments to add more information after they’ve been signed and submitted.

The exception would be when a claimant’s application was adjudicated at a lower level than they claimed. In this case they have the right to appeal the decision and submit more information.

Those who applied for and received level one compensation have no recourse.

“I read an article that said more than 85 per cent of those that applied for day school compensation received level one, or the lowest amount of compensation offered,” said Charleson.

Cameron noted that compensation is based on eligibility and the narrative that was submitted in the application.

“Approximately 17 per cent of all claimants received a higher level of compensation than what they indicated on their claim forms,” he stated.

With the Day School class action lawsuit application deadline now expired, those with pending claims have been offered an extension to January 13, 2023. They must fill out an Extension Request Form, found on the Indian Day School website, stating the reason they didn’t make the July 13, 2022, deadline.

All extension requests will be reviewed by the Exceptions Committee and approvals are not automatically granted.

Cameron notes that the Extension Request Form is short and simple to fill out.

“To date, no claimant has been denied an extension,” he stated.

“Although we anticipate flexibility in processing an Extension Request Form, class members will need to identify a reason as to why they have been unable to file a claim by the July 13, 2022, deadline. Decisions by the Exceptions Committee are final,” states the Indian Day School website.

The Extension Request Form can be mailed/emailed by contacting Class Counsel at 1.844.539.3815 or dayschools@gowlingwlg.com.

Extension Request Forms and Claim Forms must be received by the Claims Administrator by January 13, 2023, at 11:59PM Pacific Standard Time (PST).

Class Counsel remains available to assist, free of charge, during the extension period. Mental health and wellness support also remains available through the Hope for Wellness Help Line at 1-855-242-3310 or the online chat at hopeforwellness.ca, open 24 hours a day, 7 days a week.

Martin said the next class action lawsuit is for those who were confined in Indian hospitals. Lessons learned from the Indian residential school and Indian day school compensation process should help inform those going through the Indian hospital claims process.

Martin advises preparing ahead of time.

“They need to train people to fill these forms out, so that they can receive fair compensation,” she said. 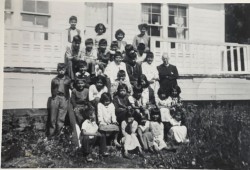 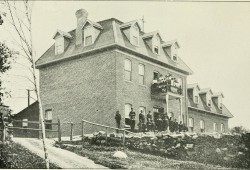