The Doctrine of Discovery is linked back to Pope Nicholas V, who in 1452 issued a papal bull to conquer non-Christian pagans in Portugal “to perpetual servitude”. Other similar orders of conquest followed, leading to the colonization of the Americas by European empires. Pictured is a portrait of Pope Nicholas V by Peter Paul Rubens painted a century and a half after his death. (Wikimedia Commons)

Christopher Columbus, John Cabbot, and Jacques Cartier are just some of the names known for landing on North American soil as early explorers. Many of these explorers are known for their great discoveries. However, it is widely known that before European explorers, First Nations lived on the lands.

The complex legal history of Canada’s origins, and the Indigenous-Crown relationship, began with a series of Papal Bulls from the Pope of the Catholic Church. Presently, the weight that the Doctrine of Discovery has in Canada’s systems is being argued.

On September 9th the First Nation Leadership Council (FNLC) published a statement saying they believe renunciation of the Doctrine of Discovery should be King Charles III’s first official act. His coronations is set for May 6, 2023.

Declaring the right to conquest

The Doctrine of Discovery, originating in the mid 15th century, was proclaimed by the Pope of the Catholic Church declaring the right to colonial conquest of lands as a principle of international law. The Doctrine is often associated with Terra Nullius, which means that lands were deemed uninhabited.

“This entire continent has been colonized,” said Mariah Charleson, vice-president of the Nuu-chah-nulth Tribal Council. “And for people to somehow feel okay about it is to say that, ‘Oh, these lands were empty’.”

Two months prior to the signing of the Oregon Treaty agreement in 1846, which separated Canada and the United States, the Niles National Register printed a story called, “Speech of Mr. McDuffie of S. C. In Senate April 4”. The piece documents an American senator from the time questioning the principles of the Doctrine of Discovery, at a time when the US and Britain were negotiating the border.

“What I assert, and that which Great Britain has always maintained, is, that mere discovery conveys no title, unless accompanied or followed within a reasonable time by settlement,” reads the paper, recounting the words of US Senator McDuffie. “And I appeal to my friends on this side of the chamber, one and all, as a duty they owe to truth, to state, if they can, a single accredited writer on international law who lays down the doctrine that discovery, without settlement or possession, gives any title at all.”

Mr. McDuffie refers to the settlement disputes in the Northwest Coast among Britain and Spanish explorers, particularly citing disagreements between Spain and Great Britain that led to the Nootka Sound Convention in the late 1700s.

A disadvantage in proving Aboriginal title

“In the colonial world, if you came to a land, and it was inhabited, it would become yours,” said Judith Sayers, president of Nuu-chah-nulth Tribal Council.

Sayers added that the lasting impact of the Doctrine of Discovery is the continuation of colonization.

“[The Doctrine of Discovery] continues to put us at a great disadvantage [in proving] Aboriginal title, for us to be sitting at the negotiating table, and trying to get our lands back,” she said. “Government is very slow to change. They don't want to give up our lands, they don't want to give up our resources. They want it for themselves, and to give us as little as possible.”

In 2014 the Supreme Court of Canada acknowledged Aboriginal title in the Tsilhqot’in v. British Columbia case by recognising 1,900 square kilometers of claim land. The court also acknowledged Terra Nullius and stated that it does not apply in Canada due to the Royal Proclamation 1763, a document pronounced by King George III which recognized Indigenous peoples, their rights, and their rights to land.

Tsilhqot’in v. British Columbia began in 1989, after the province of B.C. issued a commercial logging license in the First Nation’s territory. During the proceedings evidence was required demonstrating that Tsilhqot’in had historically and regularly used the land within the claim area.

“We have to prove our right to a title, but all they have to do is prove assertion of their title,” said Sayers. “The Doctrine of Discovery is on the side of the government, [and] it makes it more difficult for us to find the justice that we need.”

Sayers said that she hopes that by renouncing the Doctrine of Discovery there would be a new ball game for Indigenous peoples.

“There'd be a rejection of the Canadian legal system, government policies, and reconciliation. All that stuff would be thrown out the window. And we could begin at square one,” said Sayers.

Legally ‘it never applied in Canada at all’

Bruce Hallsor is a spokesperson for the Monarchist League of Canada, an apolitical advocacy organization.

“Policies related to truth and reconciliation really have to be driven by the democratically elected representatives of the people,” said Hallsor. “The Crown can have an important symbolic role on their behalf that shouldn't be at the forefront.”

In May of 2022, the previously titled Prince Charles and Duchess of Cornwall visited Canada for Her Majesty the Queen's Jubilee Celebration. Their three-day tour ended in Yellowknife, Northwest Territories, where the then Prince Charles acknowledged the residential school system.

“All leaders have shared with me the importance of advancing reconciliation in Canada. We must listen to the truth of the lived experiences of Indigenous peoples, and we should work to understand better their pain and suffering,” Charles spoke to the crowd. “We all have a responsibility to listen, understand, and act in ways that foster relationships between Indigenous and non-Indigenous peoples in Canada.”

Although it could be a respectful gesture to Canada’s Indigenous peoples, Hallsor doesn’t expect that the First Nation’s Leadership Council’s call for King Charles to renounce the Doctrine would lead to any practical changes.

“If he decided to renounce it as a small gesture, I guess, he may choose to do that. But I don't think it would have any practical effect,” said Hallsor. “I think the proper legal position is that it never applied in Canada at all, and certainly hasn't applied since 1763.”

Hallsor said that the Doctrine of Discovery was not pronounced by a British king or queen, however the Royal Proclamation, which declares Aboriginal rights, was pronounced by the monarchy.

In 2021 the Government of Canada passed Bill C-15, which directly addresses the Doctrine of Discovery and Terra Nullius, stating it is “racist, scientifically false, legally invalid, morally condemnable, and socially unjust.”

“[Renouncing the Doctrine of Discovery] on a big stage, the way I see it, is it’s opening - it’s giving life to the truth,” said Charleson.

“Crown land is a figment of your imagination, particularly here in B.C., where a huge majority of First Nations are, [and] remain to be unceded,” she continued. “We, as First Nations peoples, have survived off these lands, waters, and resources for thousands and thousands of years, and we have always occupied these territories.” 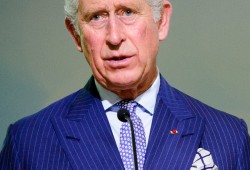 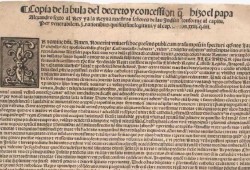 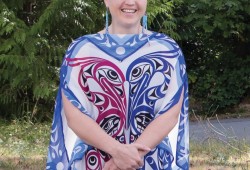