‘It’s all catching up to me’: Residential school survivors face a distant past amid recent findings

Those who support former residential school students are preparing for the healing required when discoveries are made in Nuu-chah-nulth territory.

The discovery this year of hundreds of unmarked graves at several former residential school sites has sent many survivors back to the traumatic past of their childhood. As many First Nations prepare to follow the lead set by the Tk’emlúps te Secwépemc in Kamloops, those who work closely with former residential school students expect that the need to enable healing will continue for some time to come.

“It’s going to be big when searches happen in our territory,” said Ruby Ambrose, a regional coordinator with Teechuktl Mental Health. “We need to be prepared.”

Ambrose is referring to plans underway to uncover burials at former residential school sites in Nuu-chah-nulth territory. Currently Tseshaht is preparing to employ ground-penetrating radar on the former grounds of the Alberni Indian Residential School, the technology behind the discoveries that came from Kamloops in late May. The First Nation also plans to use LiDar on the site, a light detection and ranging technology that employs laser beams to create a three-dimensional representation of a particular environment.

Ahousaht is currently in discussions with the United and Catholic churches regarding reparations over the running of two residential schools in the First Nation’s territory. The Ahousaht Indian Residential school was run by the Presbyterian, then the United Church, from 1895 until 1940 on Flores Island by the First Nation’s village of Maaqtusiis. On Meares Island Christie Indian Residential School was operated by the Catholic church, housing students for 71 years until the institution moved to Tofino in 1971.

The former grounds of the Ahousaht residential school have been cleared, as the First Nation prepares to build a healing centre on the coastal site.

“Ahousaht is taking steps to find those who did not make it back home from these two school sites,” said Ahousaht Chief Councillor Greg Louie in a statement. “We have a workplan being developed that includes interviewing former students, reviewing records from church and government archives, ground penetrating radar surveys and other methods or searching the terrain surrounding these sites.”

As the future of the sites was discussed during the Nuu-chah-nulth Tribal Council’s Annual General Meeting on Oct. 26, Louie described the longstanding effects of attending Christie residential school as a child.

“I was literally physically stripped of my Ahousaht identity,” he said. “I very seldom came home. And when I did come home, I was a stranger. A stranger to my community, I was displaced.”

Following a mandate of assimilation set by the Government of Canada, children were forbidden from speaking their Indigenous language while at residential school. This has removed generations of former students from the fluency of their ancestors.

“I was brought up by my grandparents. They never said, ‘Sit down, we’re going to teach you our language.’ They just talked, and I heard it, and I learned it,” recalled Louie. “Being displaced from Ahousaht and my grandparents, that language started to fade. Nowadays I hear our elders speak, and I can understand for the most part, but trying to speak it is another challenge.”

Bernard Jack remembers the moment that displacement began vividly. The federal Indian agents visited his village of Yuquot to take Jack on what he thought was going to be a brief airplane ride. The trip ended at the Meares Island dock, where priests and other school staff awaited Jack and his siblings to start their time at the institution. Jack attended Christie from 1968-72.

“For the physical and sexual abuse I experienced, I have taken a few counselling sessions throughout my life,” said Jack, who reflects that Christie has contributed to struggles with substance abuse and homelessness he experienced as an adult. “I’ve gone to other treatment centres, just knowing I was sick. I didn’t like how my life was, but that substance got a hold of me, and it nearly took my life.”

“I would like the Roman Catholic churches to own up to what they did to our people, as a nation,” added Jack, who is a member of the Mowachaht/Muchalaht First Nation.

Those who survived residential school went on with their lives into adulthood, but trauma experienced at the institutions was often buried, said Ambrose. Secrecy was enforced at the schools, but the lasting result of this repression is shame.

“They weren’t allowed to talk about anything,” she said. “There was a lot of secrets that they had to keep, otherwise they were punished.”

But for residential school survivors, distant memories resurfaced this year as Canada took notice that many children never returned home.

“They get reconnected with a lot of these feelings of fear, a lot of shame, a lot of hurt and just disconnect,” said Ambrose of residential school survivors. “Something that they learned while they were there was to just disconnect themselves, because a lot of the things they did they got in trouble for. A lot of shutting down, isolating.”

“When one has experienced trauma, there can be different ways of exhibiting it, and one is to withdraw,” explained Teechuktl Manager Judith Minorgan. “When you’re talking about abuse of children, there is a lot of shame that’s associated to that because children don’t always understand that it’s not their fault, because developmentally they’re not there.”

“That shame is really, really deep, and I know for myself that’s why I kept it quiet for so long,” said Louie of his time in Christie. “There’s going to be more wounds that are going to be opened and we have to be gentle with our people.”

Disconnection was an ongoing theme for Jack after he finished his time at Christie. He returned to his parents in 1972 after they had relocated to the Mowachaht/Muchalaht’s reserve south of Gold River, but the boy and his siblings were exposed to alcoholism and violence there, said Jack. Both of his parents died in 1973, leading Jack to be sent to uncles and aunts in Kyuquot the following year, before he moved to Campbell River in 1978 to attend high school.

“I have no culture, no knowledge of my people,” he admitted, reflecting on the loneliness caused by displacement from his family and tribe. “There’s nobody in front of me, nobody beside me, nobody behind me.”

Now sober for the last two and a half years, Jack currently lives in a group home in Calgary, where he has resided since late March, 2020. These days he often thinks of the graves he saw outside of Christie school, a sight the older children urged him to not stare at or mention for fear of punishment. He wants Canada to hear his story and the stories of other survivors, as the country grapples to reconcile with a troubling element of its history.

“The Christie school unmarked graves still haunt me. I remember quite a few unmarked graves,” said Jack. “It’s all catching up to me. I thought it was behind me, but since I have a chance, while I’m alive, I want to put it on the table while it’s there fresh on the TV. A lot of my people don’t want to address it.”

Teechuktl staff are encouraging residential school survivors to share their stories, as more stories are emerging of children disappearing at the institutions. Ambrose is seeing the need for people to acknowledge their emotions as the distant past re-emerges, something the department is encouraging through healing circles they are bringing to communities across Vancouver Island.

“Even if it’s one person, that one person is going to have an effect on their whole family,” said Ambrose of participation in the sessions. “That’s when the healing starts, is when the awareness is there.” 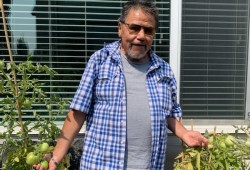 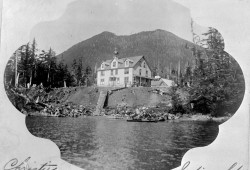