B.C. Attorney General David Eby said a recent settlement from a drug company should lead to other payouts in holding opioid manufacturers accountable for years of strain on the B.C. health care system. (Province of B.C. photo)

The province is pointing a finger at pharmaceutical companies as a factor in the opioid crisis, a six-year public health emergency that continues to claim five lives a day – with heavier tolls among First Nations communities.

On June 29 an out-of-court court settlement was announced, a $150-million payout from Purdue Canada that is the first to result from a class-action-lawsuit launched by the province. More than 40 drug companies and distributors are named in the class-action - including Shoppers Drug Mart and Loblaws – for what the B.C. government claims are damages to the health care system due to “deceptive marketing practices with a view to increase sales, resulting in increased rates of addiction and overdose.” The agreement is subject to final approval by the courts over the coming months.

Filed to the B.C. Supreme Court in 2018, the civil claim cites opioids produced to treat pain, such as Fentanyl, hydromorphone, morphine, methadone and tramadol. In some cases these drugs were promoted to be less addictive than they really are, for conditions they were not effective against, according to the province’s claim.

British Columbia is acting on behalf of all Canadian governments, and the recently announced payout from Purdue “paves the way for additional settlements to be reached in the ongoing litigation against other manufacturers and distributers of opioid products,” stated B.C. Attorney General David Eby in a press release.

The lawsuit alleges that hospitals and pharmacies became flooded with an unnecessary volume of painkillers, a wave that began when Purdue introduced OxyContin to the market in 1996.

“Until the mid 1990s, prescription opioids were not widely used because they were thought to be too addictive to treat chronic pain conditions which would require long-term use of such drugs. Opioids were prescribed primarily for use in treatment of palliative conditions or for short-term acute pain, which required brief use,” states the province’s notice of claim. “Purdue and other manufacturer defendants subsequently developed and promoted a narrative that pain was undertreated and should be made a higher priority by healthcare practitioners.”

Over the last decade, overdose deaths have increased each year in B.C., except for a drop in 2019 before a spike in fatalities coincided with widespread COVID-19 restrictions brought in the following year. Now overdose deaths occur at a rate of five per day, and since 2015 death due to illicit drug use has surpassed all other causes of unnatural fatalities in B.C., including suicide, car accidents and murder.

Over this period Fentanyl has come to dominate toxicology results, and in 2021 the synthetic opioid was detected in 86 per cent of tragic cases of illicit drug use, according to the BC Coroners Service. Up to 100 times stronger than morphine, Fentanyl was originally introduced in the 1960s as a surgical anesthetic.

“It’s important to remember this litigation is not about the production of the drugs. We know that opioids are an important medication when used properly,” stated the Ministry of Health and Addictions in an email to Ha-Shilth-Sa. “This is about deceptive marketing by opioid manufacturers, distributers and their consultants who marketed their products to increase demand without regard to the consequences for people taking those drugs.”

The opioid crisis has disproportionally impacted Indigenous people, who comprised 15.2 per cent of fatalities last year in B.C., according to the First Nations Health Authority. Aboriginal people account for under six per cent of B.C.’s population.

As the deadly toll continues, the Nuu-chah-nulth Tribal Council is pushing for adequate treatment to help those struggling with drug addiction. Last year the Alberni-Clayoquot health region, which covers the Alberni-Valley and west coast communities near Tofino and Ucluelet, had the highest rate of deaths due to illicit drug use on Vancouver Island. Yet this vast area remains without a treatment centre, a shortcoming that led the NTC to call for a detox facility and rapid-access addiction clinic this spring.

She said other First Nations leaders on Vancouver Island have joined this push, with an additional call for a stabilization centre for those struggling with drug addiction.

Some progress materialized from recent advocacy when the FNHA and Island Health found approximately half a million dollars in funding for four to six beds for people in the early stages of recovery from addiction. But leaders found this insufficient to treat the escalating opioid crisis, said Charleson.

“These are low-barrier-based beds, it’s not a detox centre,” she said. “We can’t accept this as a resolution, we need to keep pushing for what we’re asking for.” 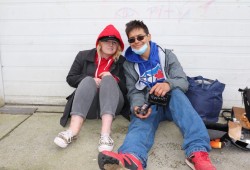 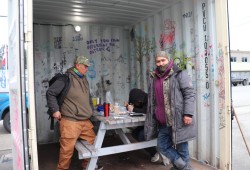