Dee points to a memory wall with the names of Tommy and Ruth on it, two younger family members who she lost to the opioid crisis. A gathering for International Overdose Awareness Day was hosted by the NTC’s Teechuktl Harm Reduction Team at Port Alberni’s Harbour Quay on Aug. 31. (Denise Titian photos)

A young woman clutches a photograph to her chest as she lights a candle at a table decorated in purple. The sadness in her face is clear as she shares that she lost her father to a drug overdose less than a year ago.

Right behind her is an elder woman called Dee. There are tears streaming down her face. She’s lost two younger family members, Ruth and Tommy, to the opioid crisis – one lost just a few days ago.

These women were joined by dozens of other people who took part in the International Overdose Awareness Day event hosted by the NTC’s Teechuktl Harm Reduction Team at Port Alberni’s Harbour Quay on Aug. 31.

Emcee Martin Watts invited the crowd to bring photographs of their loved ones to a memory wall that was set up. He reminded the people that the community cares.

“This International Overdose Awareness Day event is about raising awareness, education and to remember those lost,” he said.

Organizers offered support to those needing it through their harm reduction team members and staff from Tsow Tun Le Lum, a treatment facility located in Nanoose, BC.

Trevor Little of Tseshaht was invited to offer a prayer. He addressed the crowd by reminding them that all of us are, in one way or another, tied to someone that is struggling in life.

“I ask you to put someone special in your heart and pray for them, because thoughts and prayers can bring them back to health, sometimes,” he said.

Deb Foxcroft, an elected councillor with the Tseshaht First Nation, was there on behalf of Chief Councilor Ken Watts, who is on vacation. She told the people she was there to support them and asked for a moment of silence in remembrance of those lost.

Guest speaker Rita Watts shared that she is eight years sober after a 22 year-long addiction to alcohol and crack cocaine.

“I lost everything, I had nothing, and I didn’t care about anything,” she said, adding that, in her addiction, she allowed others to raise her children.

Change for Rita came when the man in her life told her he had enough.

“He packed my stuff up, put it outside and changed the locks,” she shared.

Watts’ mother agreed to store the belongings but made sure Rita knew she wasn’t welcome there.

“She told me to go find myself,” said Rita.

Rita wanted to know why she made the painful choices that led her to that day. She went to a few treatment programs and received counselling to find those answers. She later learned that it was trauma she endured in her younger years that led her down that path. Unresolved trauma.

Through counselling and support, Rita worked through her past pain.

“I was floating when I got done,” she shared.

Rita is back in her family and is a foster parent, raising a grandchild. She shared that her son and his partner are in addiction.

“He’s not ready yet, but I pray to God that someday soon, he will be ready,” said Rita.

According to a federal NDP statement, 30,000 Canadians have died due to toxic drugs since 2016.

“Last year there was an alarming 96 per cent increase in drug-related deaths,” they noted.

“Tragically, in the seventh year of this public health emergency, as we are experiencing increasing numbers of deaths in July, our province has now lost more than 10,000 lives to illicit drugs since April 2016,” said B.C. Chief Coroner Lisa Lapointe.

In the six months from January to the end of June 2022 at least 1,095 British Columbians have died due to the ever-increasing toxicity of the unregulated, illicit drug market, according to the BC Coroner’s service.

“Deaths due to toxic drugs in the first half of 2022 have surpassed the number of deaths experienced in the same period in 2021, putting our province, once again, on track for a record loss of life,” said Lapointe.

The Death Review Panel, experts tasked by the provincial government to make recommendations to alleviate the crisis, say access to safer drugs is what is needed.

“It is imperative that we urgently provide access to safer supply across our province. It’s only when we drastically reduce people’s reliance on the profit-driven, illicit drug trade, that we will save lives and turn the trajectory of this crisis around,” they wrote.

Speaking about the impact on families losing loved ones to drugs, B.C.’s Representative for Children and Youth, Jennifer Charlesworth, said it has a devastating effect.

“This is especially pronounced for First Nations, Metis, Inuit and urban Indigenous young people,” she stated. “Government must prioritize a full array of mental-health and substance-use services for young people, including harm reduction. Nothing short of that will do.” 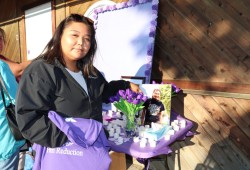 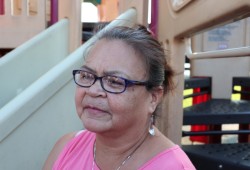 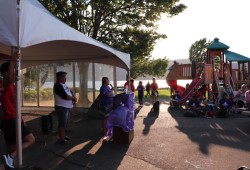